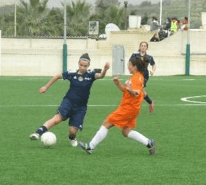 Samantha Vella is a twenty-four-year-old hard of hearing Gozitan youth. Her greatest passion is football. In 2007, at the age of fourteen, she joined the only Gozitan women football team at that time, as a beginner. At the age of sixteen she played for the Senior Team. In 2008 and in 2009, the Savina under 16 team won both the Knockout and the under 16 Malta National League. Samantha participated in each match and was the top scorer  while playing as an attacker. In 2010, when Samantha played for  the Savina Senior Team, they also won the Knockout and the Maltese National League. 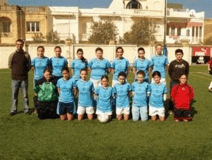 In 2011, Samantha continued to play with the Savina Senior Team. She played in the last game of the season, in which the team won the Knockout and the Maltese National League again. The team had trained very hard in order to achieve this. When the Savina Women Football Team disbanded, Samantha started playing with the Gozo F.C. First Division  in the Malta National League.

Unfortunately in 2014  the Gozo F.C. Women Team also came to an end, so, Samantha  decided to be seconded with the Luxol team. She used to travel to Malta twice a week for training. This was a totally new experience for her where she also made new friends. 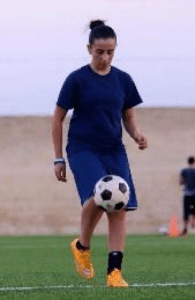 In 2015 Gozo F.C. launched a Second Division women team which Samantha joined and played as a defender. As  Samantha gathered more experience she became interested in coaching. Today she is the Assistant Coach of the under 11 Gozo Women’s Football Team.

Samantha is a very versatile person and is involved in many other social clubs, apart football. At present she is the Manager of the social activities organised by Soċjetà Filarmonika Leone.