The event was held at the premises of the G.A.D. on Friday, July 6.   A special programme was prepared with Chantell Camilleri as compѐre.    Mr Joseph Bajada, the President of the Association welcomed the guests and participants, while Ms Carmen Grech, the G.A.D. Secretary made a powerpoint presentation entitled IN-NUQQAS TA’ SMIGĦ – NUQQAS TA’ KOMUNIKAZZJONI? After this, the Hon Justyne Caruana, Minister of Gozo and the Hon Anthony Agius Decelis, Parliamentary Secretary  for the Rights of Persons with Disability and Active Ageing gave out the certificates. The programme was brought to an end  by speeches from the Parliamentary Secretary and the Minister of Gozo respectively who both praised the G.A.D., which is at present celebrating the 30th anniversary since its foundation, for its work.

Both courses were made possible thanks to sponsorships from the Parliamentary Secretariat for the Rights of Persons with Disability and Active Ageing. It is hoped that in the very near future the G.A.D. will be able to organize more Maltese Sign Language courses at both Level 1 and Level 2. 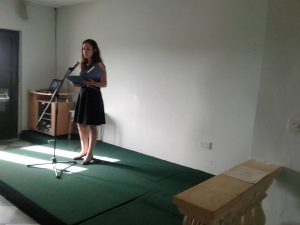 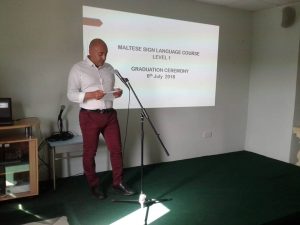 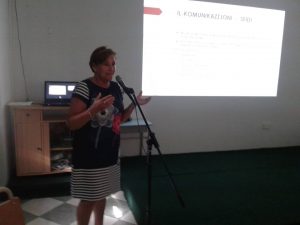 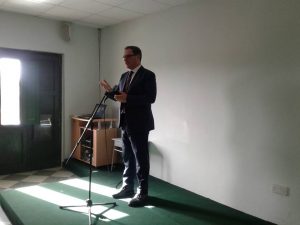 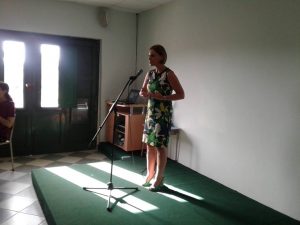 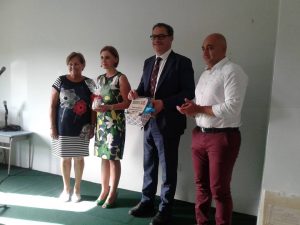